Review: Enticed By The Corsair

Enticed By The Corsair by Ruby Dixon My rating: 3 of 5 stars View all my reviews
Post a Comment
Read more 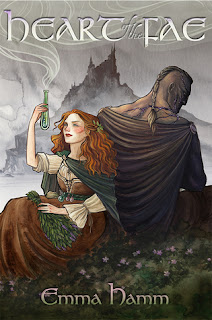 It’s Author Spotlight in May! I’m so excited to bring you all your May pick, Emma Hamm. She’s the storyteller of the month and she’s got my vote for the best fae tales I’ve read since Holly Black’s ‘Modern Fairytales and the Cruel Prince’. In Emma Hamm’s ‘Otherworld’ series we get to meet some of the most original characters in both the mortal and fae realms that I’ve read in a very long, long time. In the “Heart of the Fae” I was entranced how her characters were so similar to the original darker fae tales and yet just enough different to be uniquely their own. Heart of the Fae is the first book in the series, and it is by far my favorite of them all. The story arc, the characters, the wit, and emotion were so raw and so real I fell completely into the story and was captivated by the end of the first chapter. Let’s talk about the relationship between Sorcha and Eamonn! Those two burned up the page!! Every time they came into contact, I was holding my breath and then fanning myself
Post a Comment
Read more

Daughter of Carthage, Son of Rome by Kate Q. Johnson

Daughter of Carthage, Son of Rome by Kate Q. Johnson My rating: 4 of 5 stars Daughter of Carthage, Son of Rome by Kate Q. Johnson is a wonderfully addictive Historical Fiction Romance. The story takes place during the second Punic Wars 216 BC. Her descriptions of Carthage, Vetulonium, Rome and even the Numidians is so vivid you feel like you could reach out and touch these people and places. Run your hands along the ancient wall of Carthage, smell that stink of the harbor and ride astride the wildly pounding hooves of the Numidian horses. Let me tell you how much I loved this book. The battle scenes are so amazing I was literally rocking myself back and forth praying Elissa and Marcus made it through the battles! The historical accuracy of Hannibal’s military movements during these historic battles was hands down the best part of these battle scenes! If you love military history, you are going to absolutely lose your mind over this book it’s that good! My heart is racing just rememb
Post a Comment
Read more

The Scholomance by R. Lee Smith My rating: 5 of 5 stars Hogwarts of Horror R Lee Smith is not a romance author. She has mentioned this in response to more than one of her books and I caution you reader to heed her words. R Lee Smith may not write romance but she does craft intensely detailed worlds with amazingly true to life characters and then she places them in the most dangerous situations a human mind can think of. In the Sholomance she crafts a terrifying tale of friendship and sisterly love. Kimara Warner was born a strange child, with white-grayish eyes. Those eyes set her apart from her fellow classmates leaving Kimara alone. That is until she meets Constance Vitelli, another loner child and they become the best of friends. Connie wants to be magical, Kimara is magical. Over the years Connie learns about a special school taught by demons where anyone can learn magic, the only catch, 1 in 10 graduates has to remain behind. Connie leaves Kimara with nothing but a note to say
Post a Comment
Read more

Lost Girl by Leia Stone My rating: 5 of 5 stars Warning ⚠️ no guardrails on this cliffhanger! I thought 'Wolf Girl was an emotional roller coaster but 'Lost Girl', book two in the Wolf Girl Series, left me broken and bleeding on the rocks below! Book two picks up where book one left off. Demi has been captured by the Vampire's and Sawyer is under the control of a love spell. Demi comes to in the Vampire City dungeon where the queen of Vampire's aka crazy eyes, wants to drain her for her wolfy magic. Sawyer, under the influence of a love spell, is still with it enough to want to save her. He's met with resistance at the Vampire's border and in the fight and confusion Demi manages to escape into the Troll Village where we meet Marmal, a single and fiercely independent, female Troll. Marmal helps Demi and loans her a donkey and disguise to travel through her territory on her way back to Wolf City. Book two is an edge of your seat, nail biting, fast paced rea
Post a Comment
Read more

A roller coaster ride I can't wait to take again! 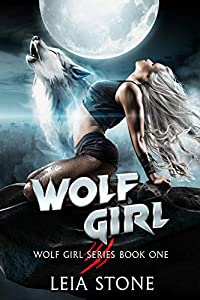 ' Wolf Girl ' by Leia Stone has restored my enjoyment of shifter books. I procrastinated reading Wolf Girl  because, for me, shifter stories had become so predictable. The surprise and edge of your seat action just was not enough to combat the same old shifter story tropes. I didn’t expect anything different when I finally picked up Wolf Girl  and so I was delighted, overjoyed, and EXCITED! To be proven wrong! Wolf Girl  is a roller coaster ride of adventure, danger, humor, and most of all FUN! These characters are so engaging with witty dialogue interspersed with some extremely emotionally raw moments. Wolf Girl is Demi Calloway a banished wolf from Wolf City (the names of places in this book are as hilarious as the characters themselves!) for a crime her parents committed before she was born. Demi has spent entire life in magical handcuffs that prevent her from shifting. A tragic event in her teens has caused her to have some anger issues, which we all know isn’t a good
Post a Comment
Read more

Rapture by C.N. Crawford My rating: 3 of 5 stars View all my reviews Beware the Mythos In book two of CN Crawford's new 'Hades Castle Trilogy' we get a new twist on the myth of Persephone. In the original mythos Persephone is a fertility goddess who is painted in a light, hopeful, innocent manner. In CN Crawford's tale she is far more dark. In Rapture Lila and Samael move through many up and downs. Lila begins the story in captivity after helping the Free Men plant a bomb in Samael's bedroom. The nature of her captivity is such that she can't leave the Iron Castle without being struck down by Samael's magic. While in this captivity Lila is being accosted by a vicious phantom whose identity is key to Lila's predicament. As Lila sets out to discover the identity of this murderous phantom she uncovers truths from the Dovren's past. Samael will face his own demons from the past and come face to face
Post a Comment
Read more
More posts

Top 5% based on reading volume

Since You've Been Gone
by Morgan Matson
tagged: currently-reading